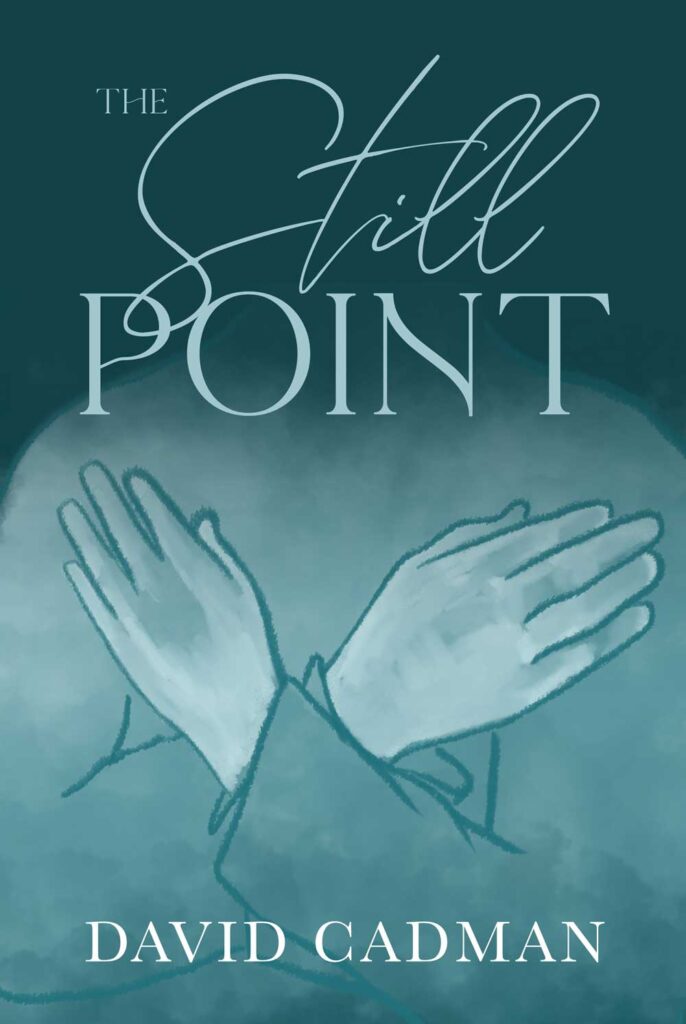 A paper given to the Ubiquity University on Zoom

Some of you will know, because you will have enjoyed her teachings before, that Kayleen often refers to words and images that are ‘green and juicy’.  Perhaps because I am an old English man, and a birthright Quaker, I cannot do green and juicy.

Instead, what I want to share with you is Silence and Love.

But first, I want to take a few moments to respond to something profound that Jim said in a recent webinar.  He said “There is no more normal,” which is to say that something all around us has been broken to such an extent that you cannot simply put it back together again.  Something else is needed, some new way of being, and discovering what it is requires our Very Urgent Attention.

There is much to this, but one necessary part of this transformation is Silence and Love.

In a way, it is odd to be speaking about Silence, since Silence has no words.  But, because it does not, it can be shared both in intimacy and across great distances, and it can be shared between people who do not even share the same tongue.

Perhaps it is like the Dark Matter of the Cosmos the spaces between without which nothing is, the comma, the full stop, the pause in the music. What if we were to rest in it, let it gather us in?

Towards the end of The Gospel of Mary Magdalene, as it is translated by Jean-Yves Leloup, there is this most wonderful passage.  Mary Magdalene has been talking about the teachings she has received from her Teacher and companion, Yeshua.

“Henceforth I travel towards Repose

where time rests in the Eternity of Time;

I go now into Silence.”

And then it is said:

Having said all this, Mary became silent,

for it was in silence that the Teacher spoke to her.

Let’s hear that once more:

“‘Henceforth I travel towards Repose

where time rests in the Eternity of Time;

I go now into Silence.’”

Having said all this, Mary became silent,

for it was in silence that the Teacher spoke to her.”

In his commentary on this part of gospel, Jean-Yves Leloup says that the place of ‘Repose’, the place to which Mary is travelling, is a place beyond ordinary time, a place where there is nothing for the senses to grasp on to.  It is a place which lacks all sensations, emotions and thoughts.  There is only Silence.  Even love does not feel like love in this space.  Not as we know it.  And yet it is the space of the very source of love.

As I have tried to set out in my book, Love and the Divine Feminine, this teaching of Love and Repose is part of the special teachings that were given to Mary Magdalene before Yeshua was gone, teachings of Unconditional Love that were lost in the Great Church’s  obsession with Sin and Redemption, an obsession that required the story of a man brutally put to death to save us from our sins.  How shocking.

For 2000, years the teachings of Love that Yeshua shared with the Magdalene, teachings that may have been recorded in her Book of Love, have been lost to us.  But now, mysteriously, inexplicably,

these teachings are coming back to us – not least through this wonderful University.  For, however much we think we have to search for Love, Love is always there.  It is ever present, it is the being of the Cosmos.  In the Preface to my recent book, Love and the Divine Feminine, Love speaks, and says:

I am the messenger of stars, and of river, wind and earth.  Hear me.  Invite me in, and for a while suppose that what I say is true.  For I speak of ‘Being in Love’, and once upon a time is always here.

Love is a way of being.

Love is a way of doing.

Love can only be known in its being and doing – in every moment of every day.  Breathing in and breathing out can be acts of Love.

We have to surrender and give way to Love.

We have to find a place for Love.

We can say that Love has certain qualities, and we can ponder on what those qualities might be, but that does not bring Love into being.

For Love arises only in the practice of Love – a kind of prayer without ceasing.

Kindliness helps.  It helps a lot.  Being kind to one another in all those small ways that wait for us.

And caring, caring for each other and for the Earth.  Indeed, according to Love, that is the main purpose for being here at all – to take care.

And we don’t have to wait to be told about Love.  We can just bring Love into every moment of our time, our being – the next person we meet, the next person we speak to, at home, at work, shopping for food, the next meeting we have to attend.  Whatever we are doing, we can attend in Love.

And unlike so much of what we are asked to do, Love cannot be done in a hurry, and its not a competition.  We can’t have Love, for Love is found when it is shared or given away.  The more we give, the more there is to give.

But it does require a kind of discipline, an unending intention to Love.  And a watchfulness, too.  Noticing when, in those moments of irritation and fearfulness, we let Love slip away.

So…I come back to Silence, and especially to Gathered Silence, the still point in the turning world, as T S Eliot puts it:

Where past and future are gathered.  Neither movement from nor towards,
Neither ascent nor decline.  Except for the point, the still point,
There would be no dance, and there is only the dance.

Since the onset of COVID19 – the arrival of The Messenger – I have been ‘attending’ three separate, private, remote gatherings that are held in silence.  One of these, is a gathering of local Quakers from near to where I live.  One is a group of people in Iceland, who have invited me to join with them in their gathering.  And the last, which is part of something called The Spirit of Humanity Forum, includes people from all around the world, including North America, South America, the Nordic countries and different parts of Europe.

In each of these, especially as the gathering are repeated regularly at the same time each week, the sense of Gathered Silence is deep and profound.  However far apart we may be – and in some cases that is very far apart – we are brought together, gathered in by the Silence.  Just as we might be here at the Ubiquity University.  Indeed, perhaps this University would be interested in such a regular Zoom gathering of its members, it need only be for fifteen minutes a week.

And my dear friends, there is an interesting quality to these gatherings of silence, which we should note and learn from.  In every case, they are predominantly populated by women.  This corresponds with something else that Jim said the other evening.  Something that I would also say, too.  If we want to find our way to a different place, to what Jim has called an urgent Radical Collaboration, we must listen to women.  We must be led by women.  We want to see a full integration of the masculine and the feminine, but we have so allowed ourselves to be shaped by a dominant male culture – causing great harm – that now, for the time being, and until some greater balance and harmony can be achieved, we men, in the presence of women, must stand aside and make the tea and pass round the shortbread while the women speak.

So, in my ending, I come back to Silence.  In the spirit of Radical Collaboration, one thing we can share is Silence, a Gathered Silence.  And so, before I hand over to Kayleen, I want to invite us to come into Silence together for three minutes – no words, no music, no chat room, just being together in Silence, the place of Love.

Let’s try it.  And don’t worry, I will let you know when the three minutes have ended!

David Cadman's work is centred upon teachings of love and compassion, wholeness and connectivity.  For many years David held professorial titles or fellowships in universities both in the UK and America.  He is currently a Harmony Professor of Practice at the University of Wales Trinity St David, where he is exploring principles of Harmony in Education, in Food and Farming, in Wellbeing, and in Business and the Economy.  Together with his colleague Scherto Gill and colleagues in China and America, he is presently involved in a research project titled ‘A Narrative of Love’.  Formerly Chairman of The Prince’s Foundation and a Trustee of the Prince’s School of traditional Arts, he is Harmony Adviser to The Prince’s Foundation based at Dumfries House in Scotland.