Man or Woman or Both?

At the end of my recent book, Love and the Divine Feminine, I asked the question of whether it was useful anymore to work with notions of ‘the feminine’ and ‘the masculine’, or whether it was the case that these distinctions have created harmful divisions and clouded our understanding.  I asked whether we could ever expect to experience a discourse that was un-gendered, but which simply spoke of qualities to be found in all of us or none of us.

I recognise and accept that as an old man I might not be the right person to even pose these questions, let alone suggest answers.  And yet I find myself drawn to them.

Of course, I do not have any answers, but I would like to make the exploration as I wonder whether we are now coming to a time when the qualities of the feminine discussed in Love and the Divine Feminine, which are not only qualities of nurturing, love and compassion, but also qualities of strength, wisdom and of the one who brings balance, might be qualities we could associate with both women and men? 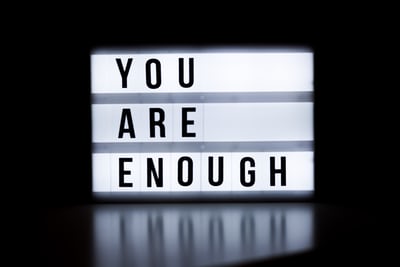 In writing this book, I discovered that, although it is seldom admitted, gender prejudice and narrow sexual expectations have done great damage in bringing us to where we are, for they have helped to set the parameters of our expected reality.  And this is not a surprise.  Research suggests that men are more fixed in their sexual orientation than women.  And men are more inclined than women to assume that our sexual orientation, whatever that may be, is given at birth.  Women, on the other hand are apparently more inclined, by nature, to being much more sexually fluid.  In a world dominated by men, it is therefore not at all surprising to find that sexual stereotypes are taken as given and not to be varied.

This kind of limited perception may be particularly dangerous in a world that needs to rethink the place of men and women in society, and rethink what is expected of them.

Take, for example, the acknowledged problem of the continuing growth of human population.  In my own lifetime the population of the world has doubled, and we are told that we are heading for an unsustainable human population of 10 billion or more before 2050.  If you set this alongside the notion that the alpha man and the alpha woman have always been, and still are, those who will bear children, you can see that there is a dangerous paradox.  Surely, we need now to nurture relationships between men and women that are less sexually prescriptive.  Procreation is not our problem, overpopulation is, and we should now be valuing relationships between men and women that are simply based upon their contentment and transformation with each other, with their communities and with the Earth.

This is not going to be easy.  But just because it is not easy does not mean that we shouldn’t try.

As it happens, of course, many young people are on to this and no longer accept gendered naming.  Some ridicule this kind of behaviour, but it seems to me that, consciously or unconsciously, these young people are responding to a deep need to find another way of being.  I honour their exploration and hope they find will find a new way.

Here’s something we might like to consider.  Imagine what it would be like if we had no word to distinguish between ‘he’ and ‘she’?  As it happens this is already so in Finland, where, for both, there is the single word ‘hän’.  The same is true in Estonia where the is word ‘ta’.  Although the use of such a language does not remove gender prejudice or expectation, it must surely help, and I would like to see it spread more widely.  And it is interesting that Finland has a government lead by women, and the President of Estonia is a woman.

I need to make something clear.  In speaking of a new androgyny, I am not denying difference.  Not at all.  I celebrate difference, but I want that difference to be an expression of who we are not who we have been told we must be.  Perhaps it would be best to move away altogether from notions of gender, and move towards notions of qualities that anyone of us might have – courage, gentleness, discernment, loving kindness, wisdom, balance, order, and a caring for one another, our communities and the Earth.

What would you say?